A love of wine from the ground up. 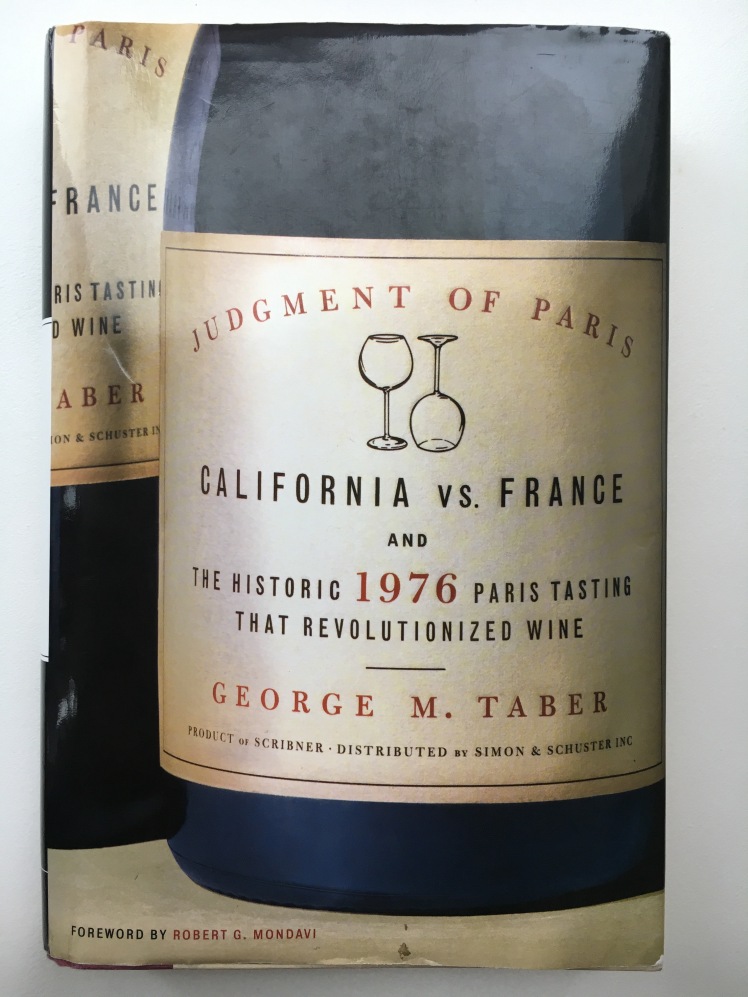 Every year, at the end of summer, our family spends a few hours sifting through the used books at the Spencertown Academy Festival of Books in Columbia County, New York.  This past year I was lucky enough to stumble across a ten-year-old recounting of the famous 1976 Paris Tasting that put American wines on the map.

For wine enthusiasts, the stories of Warren Winiarski of Stag’s Leap Wine Cellars and Mike Grgich, then winemaker of Chateau Montelena, are familiar “Horatio Alger” tales for the wine industry.  At that time, the entire wine world – and especially the French – believed that no wine, let alone an American wine, could ever compare with the best wines of France.  But as we know, the French judges chose a Napa Valley Chardonnay and Cabernet Sauvignon as superior to the Burgundies and Bordeaux of the most esteemed French Chateaux.

The part of the story that was new to me was the spirit of adventure and cooperation that brought the Americans to this place.  Winiarski and Grgich were emblematic of an entire generation of American winemakers who pioneered new geographies and experimented with unproven theories in the vineyard and in the cellar.  In so doing, they leapfrogged the Old World’s knowledge and tradition.

They also shared both ideas and facilities.  Robert Mondavi, known as one of the most determined leaders in the industry, was also one of the most gracious.  He freely  shared his wine making knowledge and, whenever needed, his crushing and de-stemming equipment, with his industry colleagues.

Long before American wineries worried incessantly about branding, consumer targets and market share, these winemakers understood how interdependent they were. They spent their social time creating new friends, colleagues and kindred spirits rather than obsessing about competitors, real or imagined.

Today, the entire wine drinking world is drinking better as a result.

One thought on “American wine in its bright-eyed youth”